Through research we’re discovering that every week your baby continues to grow inside you makes a difference to their short and long term health outcomes.

So the timing of your baby’s birth is important.

For all pregnant women, there’s an optimal time for their babies to be born. If the pregnancy is healthy and progressing without any issues, that’s as close to 40 weeks as possible. If there are health complications, the timing of birth should be guided by your healthcare professional, with the pregnancy continuing as long as it is safe for mother and baby. If labour starts naturally at 38 or 39 weeks, don’t fret - in a typical pregnancy, it just means your baby is ready to be born. 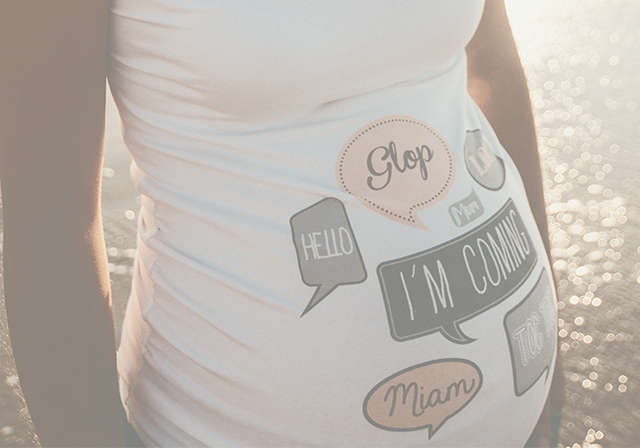 Your baby still has growing to do, is still developing and is becoming stronger right up to 40 weeks of pregnancy. Recent research is starting to demonstrate what this means to babies born before their due date – even by 1 or 2 weeks. Every week that a baby is born before 40 weeks can impact their health - whether that’s increasing their need for medical treatment at birth or related to brain development and future learning difficulties.

When you became pregnant, your healthcare professional gave you an estimated due date for your baby. This is the date that your baby is expected to be full-term (40 weeks along) and ready to make an entrance into the world. Your due date is based on several factors:

Talk to your doctor

Aiming for 40 weeks to give birth offers you and your baby health benefits. So have a conversation with your healthcare professional about the timing of your baby’s delivery. You may even find it useful to direct them to this website.

In the last 4 to 5 weeks of pregnancy, your baby’s brain increases in weight by about 50% – that’s a lot of growing still to do! 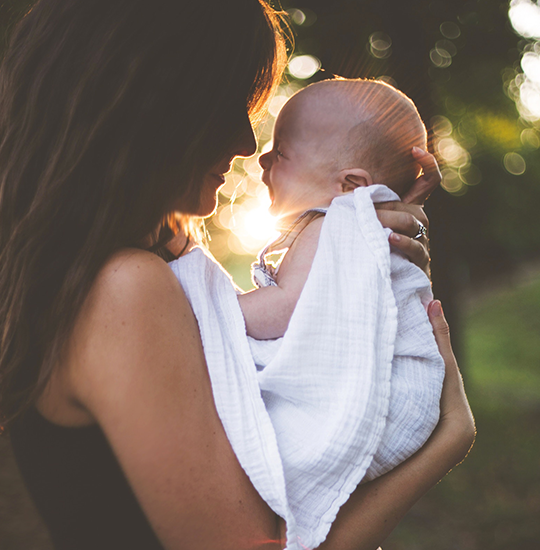 See the benefits to babies, with every week you remain pregnant up to 39 to 40 weeks.

Keep in mind that when we mention the number of weeks you are pregnant, the number refers to the whole of that week. For example, 35 weeks covers the day you reach 35 weeks all the way up to 35 weeks and 6 days. The same applies to 36, 37, 38 and 39 weeks which includes the 6 days up to 40 weeks .

As research in neuroscience and imaging advances, we are able to see babies’ brains more clearly - even before they are born. This is improving our understanding of the brain and how it develops during the last few weeks of pregnancy.

Baby’s brain development
Week
At 35 weeks a baby’s brain weighs only two thirds of what it will weigh at 39 to 40 weeks. So look at the brain’s size at 35 weeks and add half its size again – that’s the growing still to come.
The brain grows rapidly in these last few weeks – in fact the baby’s brain roughly triples in weight during your third trimester with its fastest growth occurring in the final few weeks.

The third trimester of your pregnancy is from week 29 to week 40 – in other words, months seven, eight and nine.

The brain is not just getting bigger, it’s developing too, becoming increasingly complex. In particular, the neurons, which are nerve cells in the brain, are communicating with each other more quickly, increasing in connectivity as the brain matures. This change in size and form of the brain, occurring while the baby is still growing in the uterus, is important for reaching brain development potential in later life.

Find out more in our ‘Research’ section. This information about the possible effect of an early birth on children’s brain development potential can be found in the study by researchers Walsh JM et al.

During the last weeks of pregnancy, a baby is forming brain connections and pathways that are important for learning, movement and coordination.
Allowing development to 40 weeks gives the brain opportunity to reach its full developmental potential.
A baby’s brain undergoes an amazing period of development from birth to five years of age —forming more than a million new neural connections every second. This is more than at any other time in life. The development of the young brain is influenced by many factors, including a baby’s relationships, experiences and environment.

There are a number of reasons that babies may need neonatal intensive care when they are born, including breathing difficulties and infection. Every week that a baby is born closer to 40 weeks decreases their risk of having to spend time in intensive care.

Babies may be sent to intensive care for a few hours, a few days or even a few weeks, which means that they are separated from their mother so that they can receive specialised medical care. The first days and weeks after birth are an important time for the mother and baby to bond and begin feeding patterns, so reducing the risk of separation is of great importance.

These statistics are based on the collection of birth data in New South Wales for the period 2006 to 2015.

Week
At 35 weeks, 77 out of 100 babies spend time in NICU or special care nursery after birth.
The number gets less as babies get closer to their due date.
Even when born at 37 weeks, the risk of a baby being transferred for intensive care after birth is more than double that at 39 weeks.
Babies are less likely to need specialised care for breathing and feeding difficulties when born closer to their due date.
Babies born at 39 to 40 weeks of pregnancy may face fewer health problems than those born in earlier weeks.
Every week that a baby is born closer to 40 weeks decreases their risk of having to spend time in intensive care.

We’re continuing to learn more about how being born early may affect babies later in life. Research is now linking early birth and a baby’s neurodevelopment with performance at school age.

A large New South Wales population-based study investigated the association of when, and how babies are born with early child development. Children born from 32 weeks onwards were assessed in 5 areas: physical health and well-being, language and cognition, social competence, emotional maturity, and general knowledge and communication. You can find this study by Bentley JP et al. in the ‘Research’ section.

BabY’s Neurodevelopment
Week
Every week that a baby is born early affects their neurodevelopment.
This may lead to a greater risk of learning difficulties at school age compared with children born at 39 to 40 weeks.
Being born at 37 weeks may increase the risk of learning difficulties at school age by 17% compared with children born at 39 to 40 weeks.
There is growing evidence that prolonging pregnancy by a few weeks, even from 37 to 38 weeks, may benefit brain maturity at birth. There may also be potential improvements in long-term health, memory and thinking ability.
Being born close to 39 to 40 weeks may reduce the possibility of learning difficulties at school entry time. Keep in mind, that school performance depends on a multitude of factors. Always talk to your healthcare professional if you are worried.
There are many short and long-term risks to a baby born a bit early, but if there are pregnancy complications, the timing of birth should be guided by a healthcare professional. The potential benefits and harms of early birth for the mother and baby must be balanced against the benefits and harms of waiting until 39 to 40 weeks.

Stillbirth is when a baby shows no signs of life after a woman's 20th week of pregnancy and it is a tragedy for parents and families. Stillbirth may be associated with complications during childbirth, maternal infections during pregnancy, maternal health conditions such as high blood pressure or diabetes, growth restriction in the baby during pregnancy or birth defects. Sometimes the cause of a stillbirth is unknown.

Every pregnancy is unique. The decision about the timing of your baby's birth should be based on balancing the short and long-term health benefits to you and your baby, with any risks specific to your pregnancy.

2
RATE OF STILLBIRTH
Week
At 35 weeks, 2 in every 10,000 ongoing pregnancies ends in a stillbirth in New South Wales.
The risk of having a stillborn baby is small for most women and there are ways to reduce the risk even further.
Your healthcare professional will talk with you about your own risks for having a stillborn baby and discuss the steps you can take to reduce the risks such as being aware of your baby’s movements and sleeping on your side.
Learn ways to reduce your risk of stillbirth and have a safer pregnancy, based on the latest research and best quality care. Visit the Safer Baby initiative www.saferbaby.org.au
Avoiding early planned birth unless medically required will minimise the risk of complications for you and for your baby.
The rate of stillbirth increases slightly towards 40 weeks, but remains very low – equivalent to 7 stillbirths for every 10,000 ongoing single baby pregnancies. When considering the timing of birth, remember to balance the very small risk of stillbirth with the short and long term health benefits of waiting for you and your baby.

Register to download your free brochure of baby’s development towards the end of pregnancy.

FOR PARENTS
Available in English, Arabic, Mandarin, Korean and Hindi.

FOR HEALTHCARE PROFESSIONALS
Available in English only. 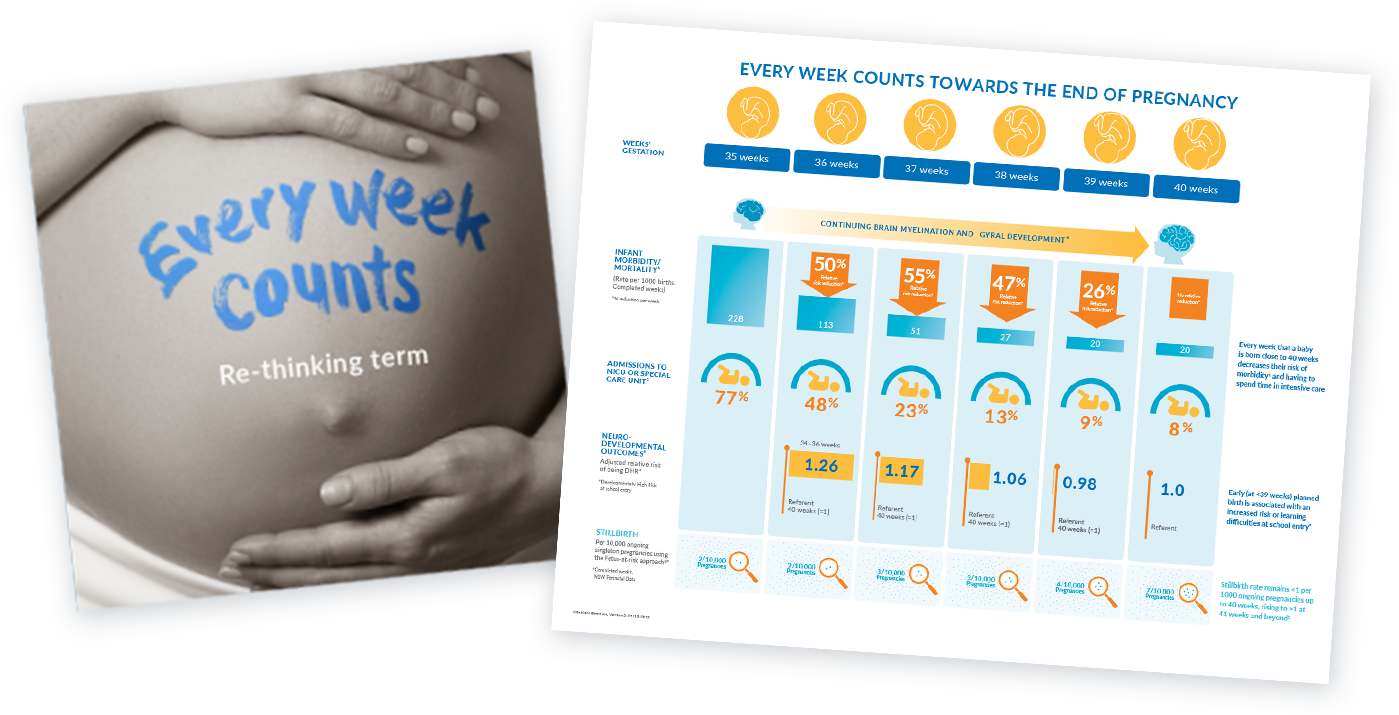